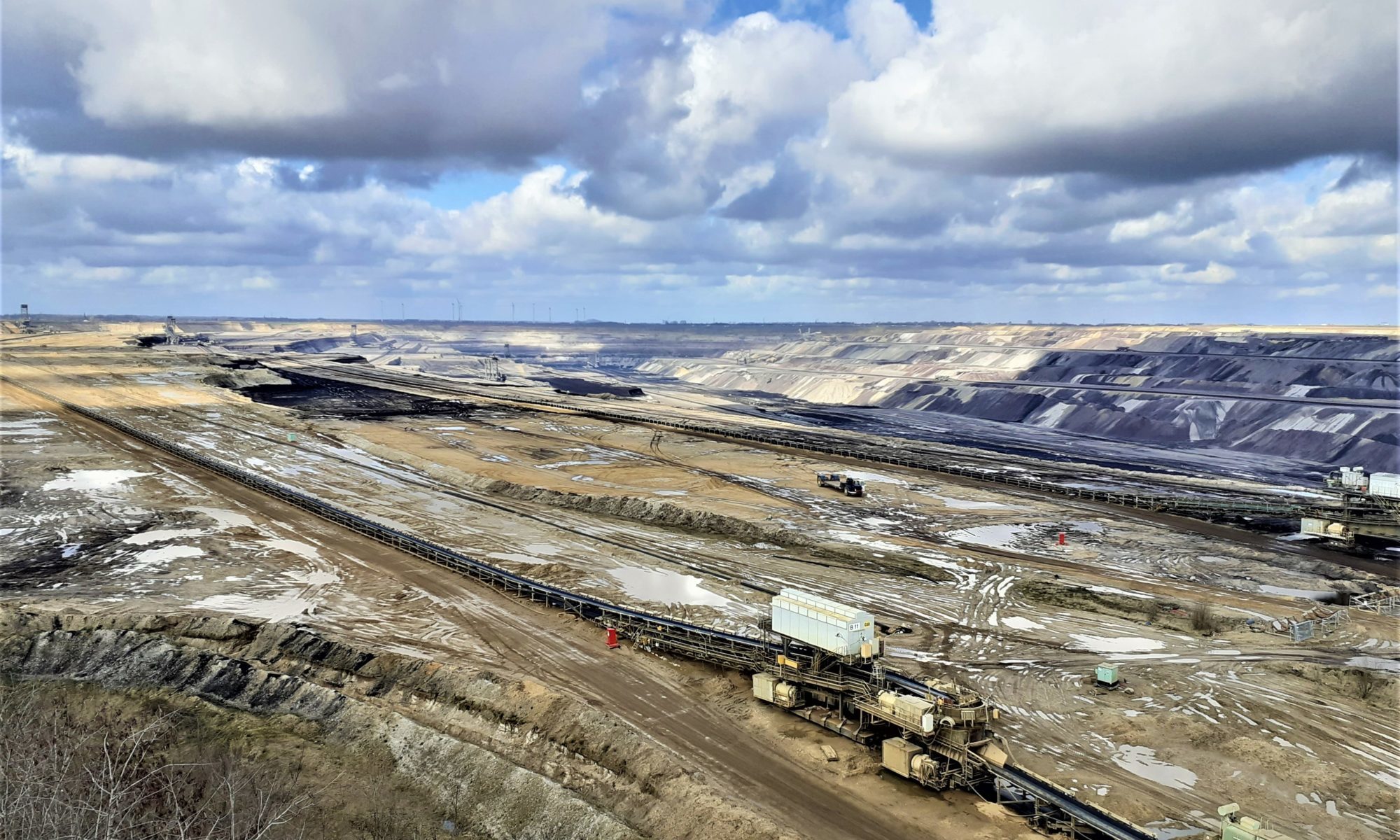 The lignite extraction is undertaken by the subsidiary RWE Power AG (formerly Rheinbraun – lignite is called Braunkohle in German) Garzweiler II corresponds to an area of 48 km2. The planned mining period is from 2006 to 2045. The coal will be extracted by open-cast mining and the activity will be similar to a gradually moving earthwork site. Garzweiler II has a lignite deposit of 1.3 billion tons. The Garzweiler project requires the evacuation and relocation of entire communities. Twelve villages and 7,600 inhabitants are affected by the Garzweiler II project. The pumping measures, which are necessary for the drainage of the groundwater, have an impact far beyond the site of the operation. For example, the swamp forests in the Maas-Schwalm-Nette nature park are also threatened by the lowering of the groundwater level. In June 2019, 6,000 environmental activists blockaded the mine.